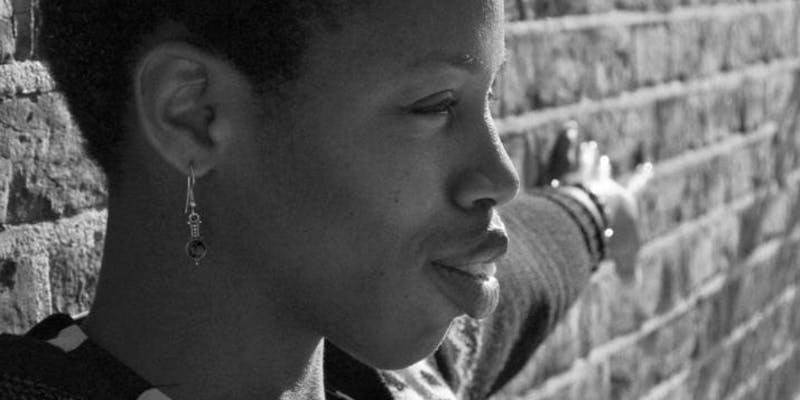 If you play and make a statement...and it's a valid statement, that's a truth right there in itself.

I share narratives, freestyle decisions, and installation montages that hint at - and sometimes attempt to make explicit - a perspective I've either experienced or feel a sense of familiarity with. A doer of words and movement learning different ways of speaking and moving in the world. I do my best to transmit visions and bring a willingness to learn - from one to all, and back, and around again. The question of "What?" that leads to "So...?" guides my exploration and brings me hopeful delight in overseeing challenges of life. Though dance is an ephemeral art, I see movement wisdom in almost everything. This is my cultivation of power, thoughts, and care for action with those here, those there, and those to come.

The challenge question: Do the grounds that I traverse enable a clearer weaving of direction?

The trick is to press play and open to it.

Cat Mahari creates work with personal and collective transformational possibilities. She is a free style hip hop and house dancer, with ongoing training in multiple modern techniques, ballet, Krump, Traditional West African, Cuban Salsa, and Chen taiji. In addition to movement performance, she is also composes music and designs the video projections for a significant portion of her projects. Her practice-­‐as-­‐research interdisciplinary solo mixtape series Violent/Break: Vol I, that questions delineations of violence, premiered in London at the Brink Festival (2011), and has since been shown in Carei, Romania and Toronto, CA. Her residency at Charlotte St. Foundation resulted in the multi-­‐media interdisciplinary work Expectation of Violence/Rites due Spring: B-­‐ BAM!, that articulates systemic and specific events of Blackness and America in Kansas City, which premiered at La Esquina Gallery. B-­‐BAM! birthed the dynamic performance approach to dismantling anti-­‐Blackness BAM! the Workshop.

Rae Chardonnay Taylor is a DJ, Arts Administrator and events producer based in Chicago dedicated to encouraging a life of open-minded learning and expression. She began DJing in 2010 and has since held residencies at prominent venues in Chicago including the late Double Door, The Promontory and Soho House. She has circulated many private and public events to share her musical styling techniques opening for acts such as Janelle Monae, Jamila Woods, Georgia Anne Muldrow, Madison McFerrin, Megan Thee Stallion, OSHUN, Tiffany Gouche, CeCe Peniston, J Rocc, Just Blaze, Little Dragon, Big Freedia and many others.

Daniel Haywood is a 2017 Chicago Dance Maker Lab artist, and an internationally respected dancer and educator of House and Hip Hop culture. He has been commissioned to speak, judge, host, dance and teach at many cultural events. He has worked closely with the University of Hip-­‐Hop, Temple of Hip-­‐Hop, and Urban Arts in Action Movement, Hip-­‐Hop Congress, the Universal Zulu Nation and the U.S.A. States Department. Daniel has dedicated his energy towards understanding the origins, developing concepts and mastering the foundations of Hip-­‐Hop’s cultural dance form known as B-­‐Boying/Breakin, while also focusing on Freestyle, House, choreography, music, and health. He is a member of internationally recognized breaking crew, Phaze II– Crosstown Crew, as well as a founding leader of Awesome Style Konnection (A.S.K.), a Chicago-­‐based all-­‐elements crew, and F.E.W. Collective which joined artist activists from across the City to create social change through the arts in Chicago and overseas.